Tiana Major9 Hits us with “AT SIXES AND SEVENS” 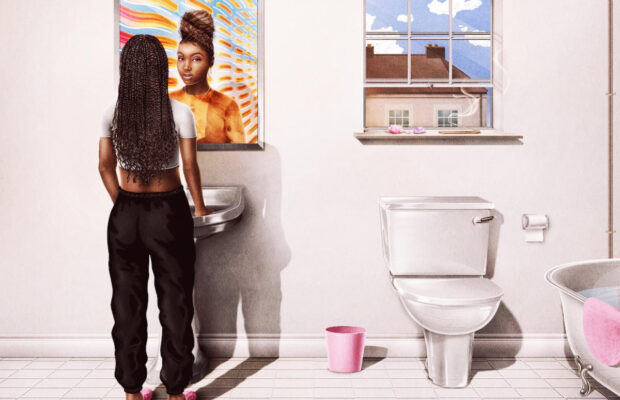 Motown Records recording artist Tiana Major9 – hailed as “a singular voice in British black soul” by VICE – released her new EP, AT SIXES AND SEVENS. Get it HERE.

“To be at Sixes and Sevens means to be at a state of total confusion…Love is confusing,” explains Tiana Major9, who has been giving fans a glimpse into the making of the EP through an autobiographical, four-part miniseries. BEHIND AT THE SIXES AND SEVENS explores the evolution of Tiana, with each episode melodically chronicling the expansion of her sound, artistry, perspective and journey since signing to Motown. Watch the first episode of Behind At The Sixes and Sevens here, second episode here, and third episode here. The EP’s first single, “Think About You (Notion Mix),”  has already amassed more than five million combined global streams.

Praising her as an ”artist on the rise in a lane unique to her,” LADYGUNN observed, “‘Think About You (Notion Mix)’ shares a story of unrequited love, showcasing Tiana’s lyrical edge and sonically borrowing from her Jamaican background, as she seamlessly interlaces the chill of reggae with the soul of jazz.” AT SIXES AND SEVENS also includes “Collide,” her collaboration with EARTHGANG, which has earned over 32 million combined global streams to date. Named as one of the Best R&B Songs of 2019 by VIBE, it was the lead single from the acclaimed Queen & Slim: The Soundtrack. Tiana and EARTHGANG performed the track on the ​“The Late Show with Stephen Colbert​,” at the​Soul Train Awards ’19​ and at ​Billboard “Women In Music​ 2019.”


Premiering “Lucky,” another track from the EP, SPIN said, “The enchanting track…channels the best of early ‘00s R&B: crispy harmonies, a flex of percussion and a voice we’re glad made its way to the U.S.” Tiana wrote the song with Jeff “Gitty” Gitelman (J. Cole, H.E.R., Anderson .Paak), who also produced, and PRGRSHN (WSTRN, Stormzy, Wizkid).

Earlier this year, Tiana featured on “Rainfall,” a track from Stormzy’s new album, Heavy Is The Head, which topped the Official

Albums chart in the U.K. A Vevo DSCVR artist, Tianaroots her bold blend of future-facing R&B, enduring soul, and hip-hop attitude in boundless jazz eloquence twisted up with saucy East London inflection and a touch of Jamaican spirit. Billboard declared, “Tiana Major9 is one to watch in 2020” and Marie Claire said, “the rising songstress is one to watch and take notes from…”

When it comes to the Name DiamondKesawn, it truly speaks for itself. Born Kesawn Cooper, in conjunction with the fact that he is known to be a girls Best friend aka Diamond; you get the Birth of DiamondKesawn.The Self Made Media Socialite is dedicated to the continued Growth and the Development of himself, DKP the Brand, RAmag and the Brands of those he will touch.Buckle your Seat Belt as it’s always a Roller Coaster Ride with DiamondKesawn. #MindYou
Related ItemsAT SIXES AND SEVENSraynbowaffairTiana Major9
← Previous Story Josh X “I Miss You”
Next Story → Ne-Yo and Jeremih release the visual to “U 2 Luv”