The Damsl premieres the video for her new single, “StraitJacket” (MoGold Records) today. The track is taken from the debut EP which is out now featuring remixes from global DJs Ryan Otter, DK Benjamin, Trentino, Mindstorm, PTEC Dojo and Alvino.  Preview the remixes here : https://soundcloud.com/thedamsl The EP is available now for digital download and streaming via digital subscription services.

The Damsl, a former Ford model and actress, was discovered by Lady Gaga’s talent scout, Wendy Starland, in New York City.   Since relocating to LA, she has developed and nurtured her own unique musical style that meshes powerful lyrics with progressive beats, hooks, and undeniable swagger.

With “StraitJacket” The Damsl (pronounced Damsel) offers a deeply personal and empowering, high-energy dance track that celebrates the power of overcoming adversity.

Motti Shulman, President of MoGold Records and veteran Atlantic Records Promotion and Marketing executive, noted “I have worked and broken many artists in my tenure in the music business. When I first met The Damsl, five minutes into our first meeting, I was immediately drawn in by her conviction, vision and talent”.  I played the demo of “StraitJackit” for the rest of the team and we knew we had something.  Everyone immediately jumped on board”.

The Damsl is on a mission for global pop domination.  She is dedicated to serving her burgeoning fan base with great music that feeds into escapism, but at the same time helping others with issues of self-identity, overcoming past struggles and surviving abuse.

The lyrics of “StraitJackit” are not what you think they are.  Don’t be fooled by the killer beats and melody.  The song is not just pushing sexual innuendo, it also actually speaks to the serious issue of sexual abuse and it’s touching in a way you wouldn’t expect to come from an EDM song.

The Damsl is about to embark on a national club tour.  You can expect the unexpected with a show that rocks everything from deco costumes, innovative choreography, to an interlude of classical piano thrown into the middle of a DJ set. Check out her LA debut performance at Tigerheat/Avalon on Sept 17th 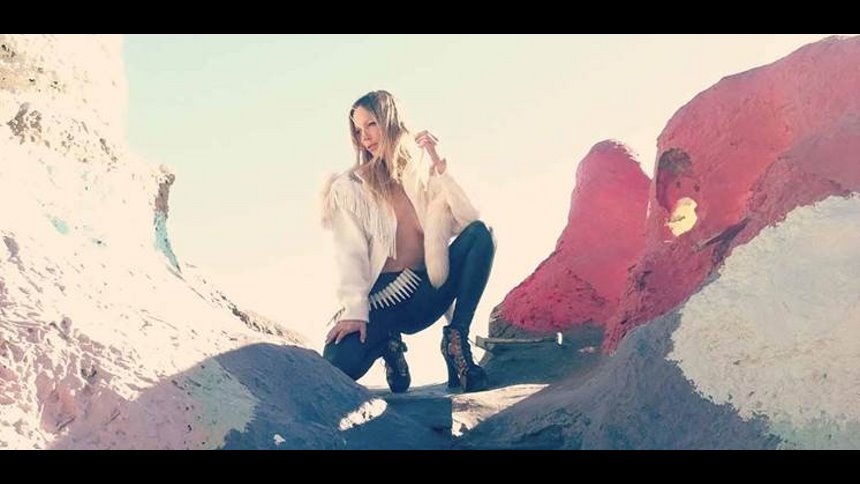 When it comes to the Name DiamondKesawn, it truly speaks for itself. Born Kesawn Cooper, in conjunction with the fact that he is known to be a girl's Best friend aka Diamond; you get the Birth of DiamondKesawn.The Self Made Media Socialite is dedicated to the continued Growth and the Development of himself, DKP the Brand, RAmag, and the Brands of those he will touch.Buckle your Seat Belt as it’s always a Roller Coaster Ride with DiamondKesawn. #MindYou
Related Items
← Previous Story Todrick Hall Gets Naked Like Kim Kardashian (And Twerks Like Miley Cyrus)
Next Story → From Acting to Singing: HAILEE STEINFELD “Love Myself”