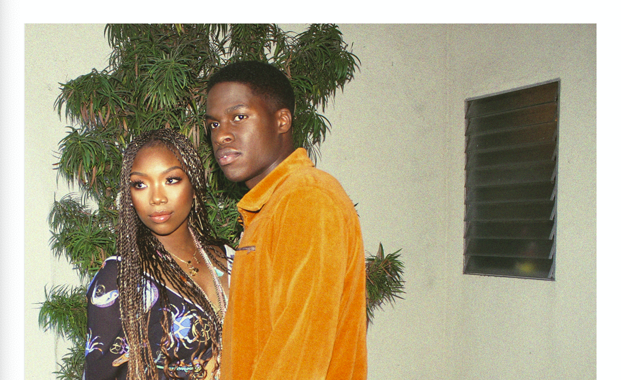 Multi-Platinum-selling artist, songwriter and actress Brandy and Multi-Platinum-selling singer/songwriter Daniel Caesar have reached #1 at Urban AC radio with their hit single “Love Again.” The single from the two GRAMMY® Award-winning artists is available via Brand Nu Entertainment / Entertainment One (“eOne”) as a standalone single on all digital platforms and is also featured on Caesar’s album CASE STUDY 01. Since its release “Love Again” has reached 30M streams.

“Love Again” has a smoky beat that’s enhanced by swells of guitar and keys and was produced by Jordan Evans & Matthew Burnett. Featuring Brandy’s undeniable airy vocals on cascading riffs and Daniel’s new age soul vocals, the two lock into a heavenly and hypnotic harmony.

For more information on Brandy follow her on all social media platforms using the handle @4everBrandy.

When it comes to the Name DiamondKesawn, it truly speaks for itself. Born Kesawn Cooper, in conjunction with the fact that he is known to be a girl's Best friend aka Diamond; you get the Birth of DiamondKesawn.The Self Made Media Socialite is dedicated to the continued Growth and the Development of himself, DKP the Brand, RAmag, and the Brands of those he will touch.Buckle your Seat Belt as it’s always a Roller Coaster Ride with DiamondKesawn. #MindYou
Related ItemsBrandyDaniel CaesarDiamondKesawnLove Againraynbowaffair
← Previous Story LeAndria Johnson takes the whole Soul Cypher at the 2019 Soul Train Awards
Next Story → Lil Baby Delivers the Artwork for ‘My Turn’