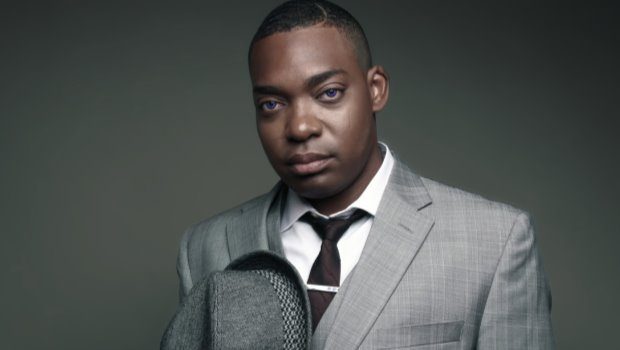 Emcee/spoken word artist/producer I.K.P. (Infamous King of Positivity) presents “MAGiC!”, his new single produced by Swanny River from In Positivity We Trust: I.K.P. 4 President, Pt. 2, out now. Born in the East New York section of Brooklyn, New York and raised in Norfolk, Virginia, I.K.P. is a rapper and head of Reigning Positivity Music as well as a veteran of the U.S. Marines. I.K.P.’s previous releases include Executive Realness: The Extended Play Suite,Executive Realness: Suite Independence, I . K . P. 4 President Part 1: E Pluribus Unum and [IGNORING] the [KNOWN] [PROTOCOL] (listen on Bandcamp). I.K.P. recently released a visual for Executive Realness single “No Mention” (Youtube). “Up until this ‘MAGiC!’, I had been known to my core audience as a rap artist who had a message to deliver and I think really the only sides people saw from me was that I was passionate about social causes and that I wasn’t afraid to be different,” says I.K.P. “Then Swanny River, my producer and mentor, had this track and I thought, this would be the perfect chance to switch my style up and give a vibe that was still compliments my personality, but gives room for a little more fun. All I can say is, so many different styles of rap inspire me. You get a little West Coast, a little Memphis, a little Texas, a little New York, a little of my hometown, thats the 757 Area (DMV), throw it in a blender and this came out.”

When it comes to the Name DiamondKesawn, it truly speaks for itself. Born Kesawn Cooper, in conjunction with the fact that he is known to be a girl's Best friend aka Diamond; you get the Birth of DiamondKesawn.The Self Made Media Socialite is dedicated to the continued Growth and the Development of himself, DKP the Brand, RAmag, and the Brands of those he will touch.Buckle your Seat Belt as it’s always a Roller Coaster Ride with DiamondKesawn. #MindYou
Related ItemsaffairArtistDiamondKesawnI. K. P.MagicmusicNew Musicnew releaseRAmagRaynbow AffairraynbowaffairSwanny River
← Previous Story Pop Star Martone gives passion filled vocal diversity
Next Story → Nexus Dance Chart Apr-25-2016