Home / Ra Tea / Cypher Avenue: “What Issues Do You Need to Work On About Yourself in 2016?

Cypher Avenue: “What Issues Do You Need to Work On About Yourself in 2016?

It’s no secret that I love me some Cypher Avenue. They have the greatest discussions and I learn that I am not alone in some of my thinking.

This weekend I met a new person and in less that 72 hours the what should have been a friendship was OVER. Ha. Babeeeeeeeee, you know Diamonds cut Glass…. In any case, it caused me to ask myself, I said “Self!” myself said “Huh?” I said, “What is wrong with me that I get annoyed at any little thing?”

I won’t lie, I didn’t do any soul searching because I contributed it to him being a User, Social Climber, and Off Brand. However, I really do think I may get annoyed too easily. With that Cypher Avenue did it for me. 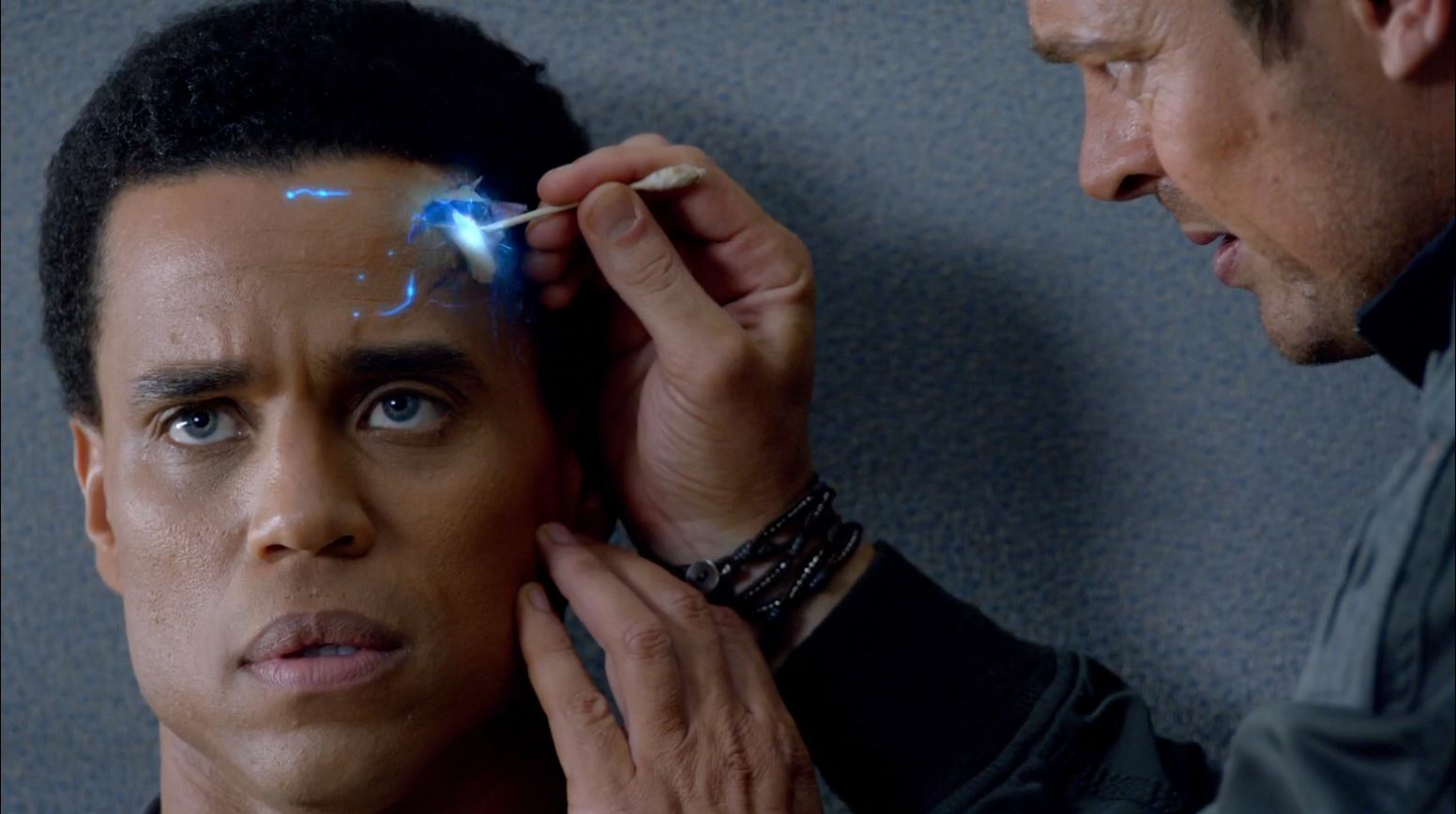 The rise of social media and the self-promotional narcissism that it encourages has seemingly filled our society with perfect people whose lives appear to be better than all those who follow them.

Rarely does it seem that they have any social, mental, medical, career or financial issues. They have great bodies, eat at best restaurants, attend the livest parties, travel often to exotic locations and have tons of friends and family who love them.

But that’s just what they present to us. Once you look behind the curtain you discover that no one is perfect. Many people we aspire to emulate have personality problems, internal issues and crippling insecurities of their own. This can be even more prevalent within people struggling with their sexuality or even those who are Out and proud.

I’ve personally witnessed men that I was secretly jealous of eventually reveal to me that they were in fact envious of me and my life for entirely different reasons.

Our own perceptions of our lives and the problems that we have appear to be real, even if they are exaggerated. Those same problems and deficiencies that we think we have, to another person may be perceived to be a drop in the bucket compared to the issues they themselves think they face.

But everyone’s life, history, desires and psychological makeup is different. What may be a minor concern to one man may be a huge priority to another.

Conversely, there may be attributes about ourselves that we think aren’t a big deal, yet others have (repeatedly) told us that they are a problem.

If it hasn’t been made perfectly clear in the last 4 1/2 of Cypher Avenue, I’m a creative person. Not just for fun, I’m professionally creative. I pay the bills through my creativity. I have for nearly 20 years now.

For two decades, however, I’ve shifted positions in the Art vs Commerce battle. Do I continue to use my creativity to add more of the things I like to the world, despite the minimal financial rewards that may come with it? Or do I “sellout” and become a cog in someone else’s creative wheel so that I can earn the  six-figure salary and live as lavishly as the other black gays in America? 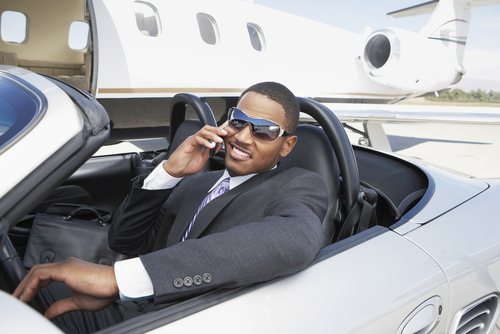 While I’m not a “starving artist” with multiple roommates and a bus pass, I’m also not on “baller status,” able to make last minute travel plans to Brazil for gay prides and sex parties. Although I’m not wealthy, I really love what I do for a living and I work in a field where my tax bracket could literally change overnight.

As I’m approaching 40 years old, however, this debate has weighed heavier on me. I’m thinking about my health, my retirement, my immediate family (one that will have a sibling adding yet another baby to our clan by the end of the year).

Also, the older you get the more you see your peers rise up in their own careers and salaries. This can create a little envy at times. it’s natural to see them get the expensive tailored clothes, the late model vehicles (sometimes multiple) and the new homes and compare that to your own material possessions, even if you’re actually doing pretty well yourself.

I genuinely believe that I’m a decent person. I may tease my friends at times but they know they can count on my for a laugh, to hang out for a drink or to be a non-judgmental open ear and closed mouth to vent they problems.

However, I’ve been told at times that I can come off too unemotional…too rational…too logical. 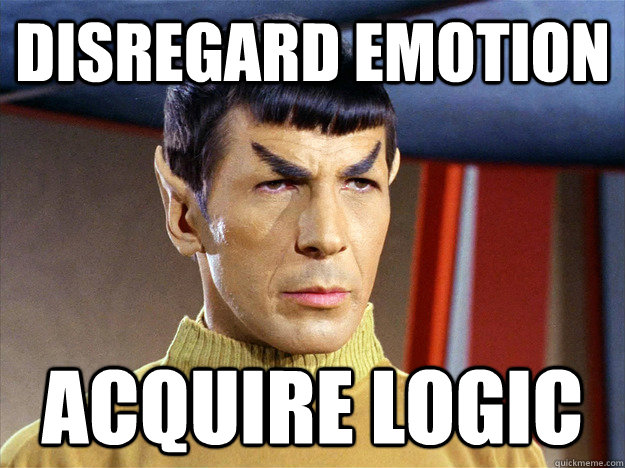 In many ways, I’m an old school unemotional man’s man. An android programmed with a “masculine” base-code. There was I time when I never hugged my younger brother or told him, “I love you.” We just dapped each other up.

Even here on Cypher Avenue, my essays and articles have been mostly from a logic based standpoint. When people disagree they often start by saying, “While technically what you wrote is not wrong…” That’s usually where I stop reading their response, but I get the gist of what they’re saying: Sometimes the world and issues should be filtered through the heart and not the head.

One friend recently told me that he doesn’t even view me as a close friend (or even a very good person) because of what he perceives is a impersonal friendship compared to his other buddies. His confession genuinely hurt my feelings. Admittedly, the emotion was so unexpected that I felt like an android finding his missing cat.

Admittedly though, I rarely hear of this “problem” when I’m dating. I open up much more to the men I’m dating than the people I call friends or family. The logic wall comes tumbling down (for the most part) and I become all heart, especially if I’m really feeling the dude. Sometimes too much, driving a couple dudes away.

So another thing I’m working on in 2016 is to be somewhat more vulnerable emotionally (or at least project my existing emotions more) to the friends and family that I care about. Not so much that it comes off as forced though.

For example: Within the last couple years I’ve made it a point to open chest hug my brother and nephews…and I now end our telephone conversations with, “Love you, bro” or “Love you, Neph.” That kind of stuff is small, but psychologically does a lot not only for myself but also the men that I inflict it on. This demonstrates that it’s okay for men to express to others how they feel about them. In my brother’s case, he embraced it enthusiastically. It was almost as if he (the more emotional of my siblings) had been desiring to exchange those intimate brotherly gestures between the two us for decades yet felt handcuffed by my own internal restraints.

We’re getting into the smaller, more insignificant “issues” now. I’ve admitted before that I’ve never been a very fashionable guy. I just don’t care about fashion. No matter how much I pretend, the gay gene related to fashion was never inserted into the genetically altered water that the government gave my mother to drink before I was born (just jokes, actually the media’s gay agenda made me a homo).

Seriously though, as I stated above, I’m getting older. So there’s a certain sophisticated attire that a man of my age is expected to be seen in, or at least possess in my closet if needed. 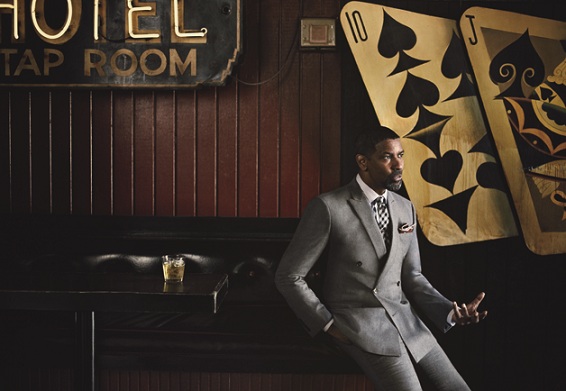 This is how bad I am, I haven’t bought new shoes in at least 5 or more years. I own around 15 pairs of casual and dress kicks, but most of them were all purchased before President Obama was elected in 2008.

I just don’t give a shit. I’d rather buy a new electronic toy than to walk through a mall trying on new gear. I’d rather spend $100 on a night out with the fellas than $100 on a new shirt. There’s a reason that people say I look younger than I am, it’s because most of my clothes were bought by a 28 year old Nick Delmacy a decade ago. 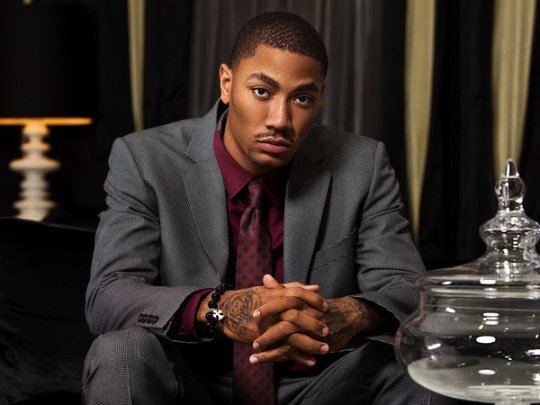 But again, I’m getting older. I need to step my fashion game up.

I was recently invited to a formal event and realized that I don’t even own a nice suit (that still fits me right). I’m an artist type, so the “urban slacker” wear has always been good enough…until now.

One last thing I’ll mention that I need to work on in 2016 (possibly more to come in the comments section) is my Time Management Skills. They are atrocious.

I’m constantly complaining about how much time I don’t have to do the things I really want to do (gym, writing, cooking, etc), yet when I do an inventory I find that most of the time I had was actually wasted.

I’ll somehow find the time to binge-watch the new season of Idris Elba’s Luther, but complain about not having time to do laundry (even though I own both a washer and dryer) or to cook healthy meal-prep food for the week (even though I can see my 65″ HDTV from my kitchen). 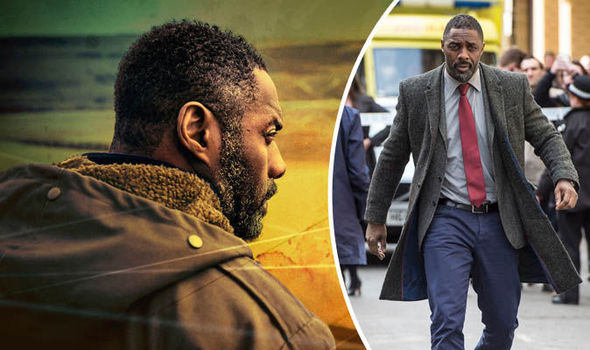 My biggest problem, I’m a night owl. I stay up late and like to sleep in. The morning is not my friend.

So Time Management and waking up earlier in the morning are two more things that I’m working on within myself in 2016.

When it comes to the Name DiamondKesawn, it truly speaks for itself. Born Kesawn Cooper, in conjunction with the fact that he is known to be a girl's Best friend aka Diamond; you get the Birth of DiamondKesawn.The Self Made Media Socialite is dedicated to the continued Growth and the Development of himself, DKP the Brand, RAmag, and the Brands of those he will touch.Buckle your Seat Belt as it’s always a Roller Coaster Ride with DiamondKesawn. #MindYou
Related ItemsaffairArtistAtlantaCypher AvenueDiamondKesawngaylgbtlifenew releaseRARAmagRaynbow AffairraynbowaffairReleaseTruth
← Previous Story Former Death Row Artist, Danny Boy: Gay, Single and Over It.
Next Story → Art of Radio 2 Atlanta