All About the #Johnson 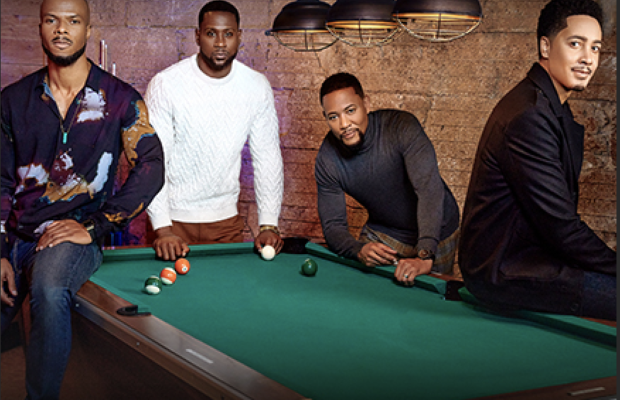 Scripps’ Bounce, the first and only broadcast and multi-platform entertainment network serving African Americans will be premiering its newest series, Johnson, on Sunday, August 1st with back-to-back episodes starting at 8:00pm EST.

Centering on four life-long best friends in Atlanta, all of whom share the same last name (Johnson), the series revolves around what happens when the four guys find themselves in vastly different places in their lives and it begins to threaten their bond.

Produced in partnership between Eric C. Rhone and Cedric The Entertainer’s A Bird & A Bear Entertainment and Deji LaRay and Thomas Q. Jones’ Midnight Train Productions, the series will be feature D.L. Hughley and spotlight an ensemble cast that includes LaRay (Bosch, Greenleaf), Jones (P- Valley, Luke Cage), Philip Smithey (Switched At Birth, The Rookie) and Derrex Brady (NCIS, First). Reesha L. Archibald serves as one of the executive producers on the series as well.

Designed to explore topics from the Black male perspective, but in a way that was also inclusive of all men, the series will look to give insight into why men say and do certain things. Furthermore, a key goal for the show is to break down misconceptions and bridge the gap between conflicting perspectives on various subjects, even within individual communities.

When it comes to the Name DiamondKesawn, it truly speaks for itself. Born Kesawn Cooper, in conjunction with the fact that he is known to be a girl's Best friend aka Diamond; you get the Birth of DiamondKesawn.The Self Made Media Socialite is dedicated to the continued Growth and the Development of himself, DKP the Brand, RAmag, and the Brands of those he will touch.Buckle your Seat Belt as it’s always a Roller Coaster Ride with DiamondKesawn. #MindYou
Related ItemsCedric The EntertainerD.L. HughleyDeji LaRayEric C. RhoneraynbowaffairThomas Q. Jones
← Previous Story Dr. Joshua Safer & Matthew Baney Guest On TriVersity Talk! Thursday July 15th, 2021 at 7 PM ET
Next Story → Spend August with Revry in Celebration