Home / Entertainment & News / Are you ready for the 2019 Soul Train Awards?

Are you ready for the 2019 Soul Train Awards? 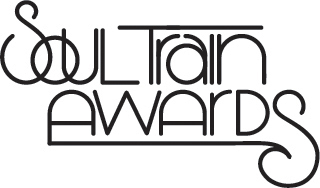 BET Networks recently announced the hosts and nominees for the 2019 Soul Train Awards across 12 different categories. The annual celebration recognizes the best in Soul, R&B, and Hip-Hop from both established industry legends and the next generation of promising artists. Taking place on November 17, 2019, at the Orleans Arena in Las Vegas, BET Presents: 2019 Soul Train Awards will air LIVE on BET and BET HER at 8 PM EST with a one-hour pre-show beginning at 7 PM EST, and a post-show directly after.

Actor, singer and writer Tisha Campbell (Martin, My Wife & Kids, Last Man Standing, Outmatched) will once again join actor, singer, and writer Tichina Arnold (Martin, Everybody Hates Chris, The Neighborhood, The Last Black Man in San Francisco )  as host  and co-producers of this year’s awards. The iconic best friend duo, both on the 90’s hit show Martin and in real-life, will return to the Soul Train Awards stage for the second time, bringing their dynamic comedy and infectious personalities to this year’s ceremony.

Chris Brown leads the nominees for this year’s awards, receiving eight nominations including ‘Best R&B/Soul Male Artist,’ ‘Album/Mixtape of the Year,’ ‘The Ashford and Simpson Songwriters Award’ for “No Guidance” and two nods in the ‘Best Dance Performance’ category. He is followed by Drake, who received seven nominations in categories including ‘Rhythm & Bars,’ ‘Best Dance Performance,’ ‘Best Collaboration,’ and two nods in the ‘Song of the Year’ category for “No Guidance” and “Girls Need Love Too Remix.”

Beyoncé and Lizzo have both received six nominations, each receiving nods for ‘Best R&B/Soul Female Artist,’ ‘Song of the Year,’ ‘Video of the Year,’ ‘Best Dance Performance,’ and ‘The Ashford and Simpson Songwriter’s Award.’

Esteemed songwriting duo Jimmy Jam & Terry Lewis are set to be honored with the Legend Award at this year’s show, recognized for their contributions to R&B music with a career that’s produced more than 100 gold, platinum, multi-platinum and diamond albums. The pair have more Billboard Number Ones than any other songwriting and production team in history, working with artists such as Janet Jackson, Boyz II Men, Usher, Mary J. Blige, Mariah Carey, Luther Vandross, George Michael and Earth, Wind and Fire.

The fifth annual Lady of Soul Award will be presented to five-time Grammy Award winning artist and Billboard Magazine’s Gospel Artist of the last decade Yolanda Adams. With her pioneering blend of modern gospel that infuses touches of R&B and jazz, Adams has continued to inspire her fans and transform the musical landscape with her powerful voice across 13 powerful albums which have earned her numerous accolades, including the first American Music Award for Contemporary Gospel Artist and four Gospel Music Association Dove Awards.

BET Presents: 2019 Soul Train Awards will feature an exciting lineup of unforgettable performances including special moments and appearances by some of the brightest stars in black culture and entertainment. The annual event is committed to showcasing Soul Train’s impact on arts of music and dance from the 70s to today.

When it comes to the Name DiamondKesawn, it truly speaks for itself. Born Kesawn Cooper, in conjunction with the fact that he is known to be a girls Best friend aka Diamond; you get the Birth of DiamondKesawn. The Self Made Media Socialite is dedicated to the continued Growth and the Development of himself, DKP the Brand, RAmag and the Brands of those he will touch. Buckle your Seat Belt as it’s always a Roller Coaster Ride with DiamondKesawn. #MindYou
Related ItemsraynbowaffairSoul Train Awards
← Previous Story Howard University Joins with Amazon Studios to Launch Howard Entertainment
Next Story → L’ORÉAL Paris Women Of Worth Recognizes California’s Raja B. Marhaba, Founder Of The Jonathan Foundation For Children With Learning Disabilities